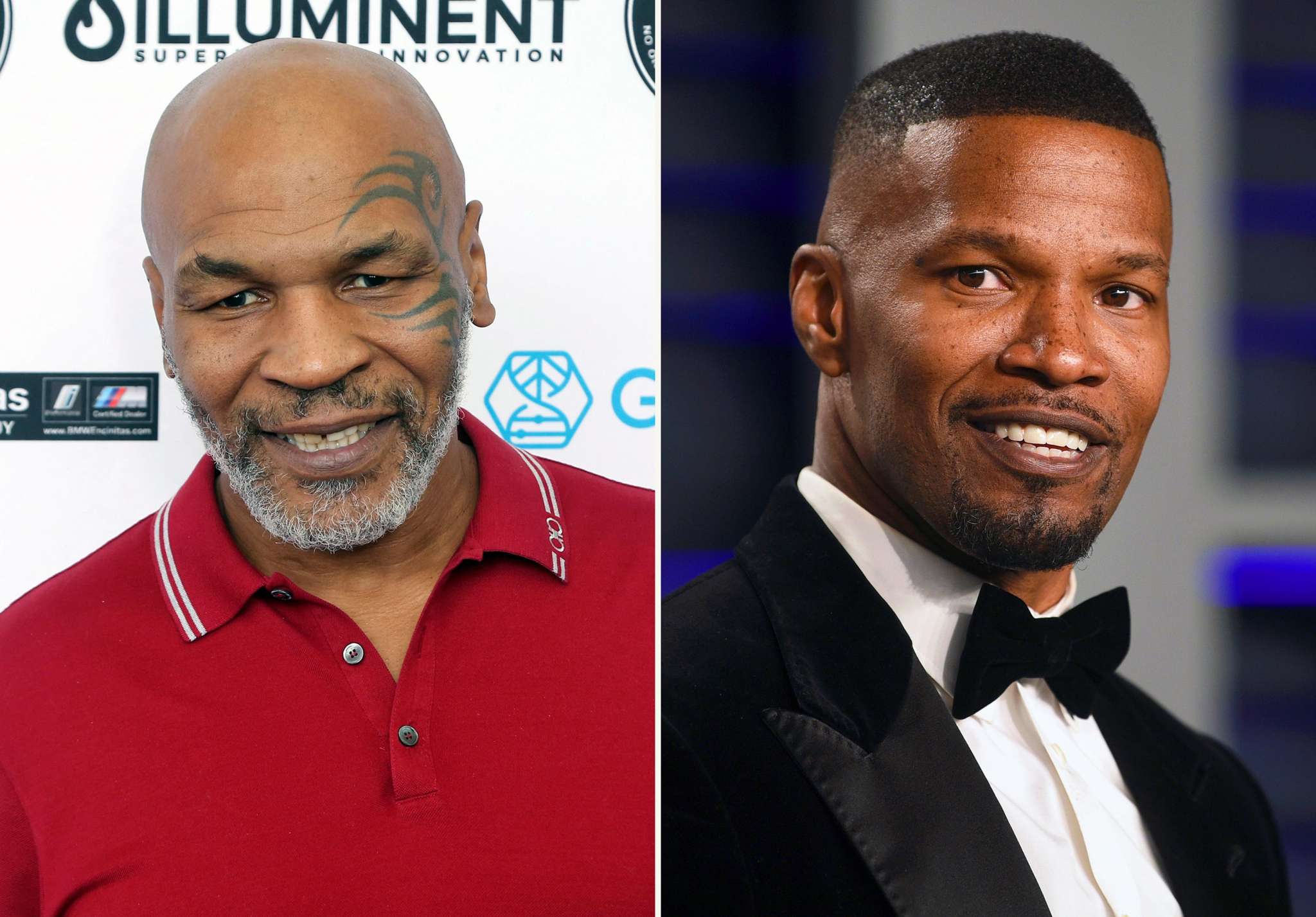 Jamie Foxx will reportedly play Mike Tyson in a new biopic series called Tyson. The Shade Room has more news about the issue, and you can check out the available info below. TSR notes that ‘Jamie is reportedly set to star in a biopic television series based on the life of #MikeTyson.’ RELATED: Katie Holmes Dumps Jamie Foxx – Reports Say She Was Sick Of Him Keeping The Relationship A Secret TSR cites data from Hollywood Reporter and notes that ‘the limited series, which was originally pitched as a film, will follow the life of Mike Tyson and will be executive produced by the boxing legend himself, alongside #AntoineFuqua and #MartinScorsese.’ ‘I have been looking to tell my story for quite some time,’ Tyson said in a statement. RELATED: Jamie Foxx Abruptly Ended An Interview When Asked About Katie Holmes – Watch The Video Someone said: ‘He’s perfect for this. I know y’all heard his impression,’ and another follower posted this: ‘Jamie gone have to get some weight on him.’ Another follower said: ‘One thing about Jamie, he won’t ever disappoint us when it comes to his acting 👌🏾’ and a commenter said: ‘The Bio King🔥 This will be the best movie of the year. Don’t play with Jamie! That man can act, act👏🏾.’ Someone else said: ‘One of the best actors to ever do it—the man of many talents. Gotta give Jamie his flowers,’ and a fan posted this message: ‘Finally. This got announced like 2 years ago. He was already filming, pics leaked of him with the Tyson fade with the Halfmoon haircut, and he bulked up a lot.’ Another follower said: ‘King of the Biopic. Especially his Mike Tyson impersonation is the best! 👌🏾’ and somoene else posted this: ‘I don’t know why the image of Jamie as Ray Charles with a lisp just crossed my mind.’ A fan said: ‘My dawg really be playing all the roles of someone and killing it!’ and someone else posted this message: ‘how he is gone be mike Tyson when he Ray Charles.’ Stay tuned for more news.