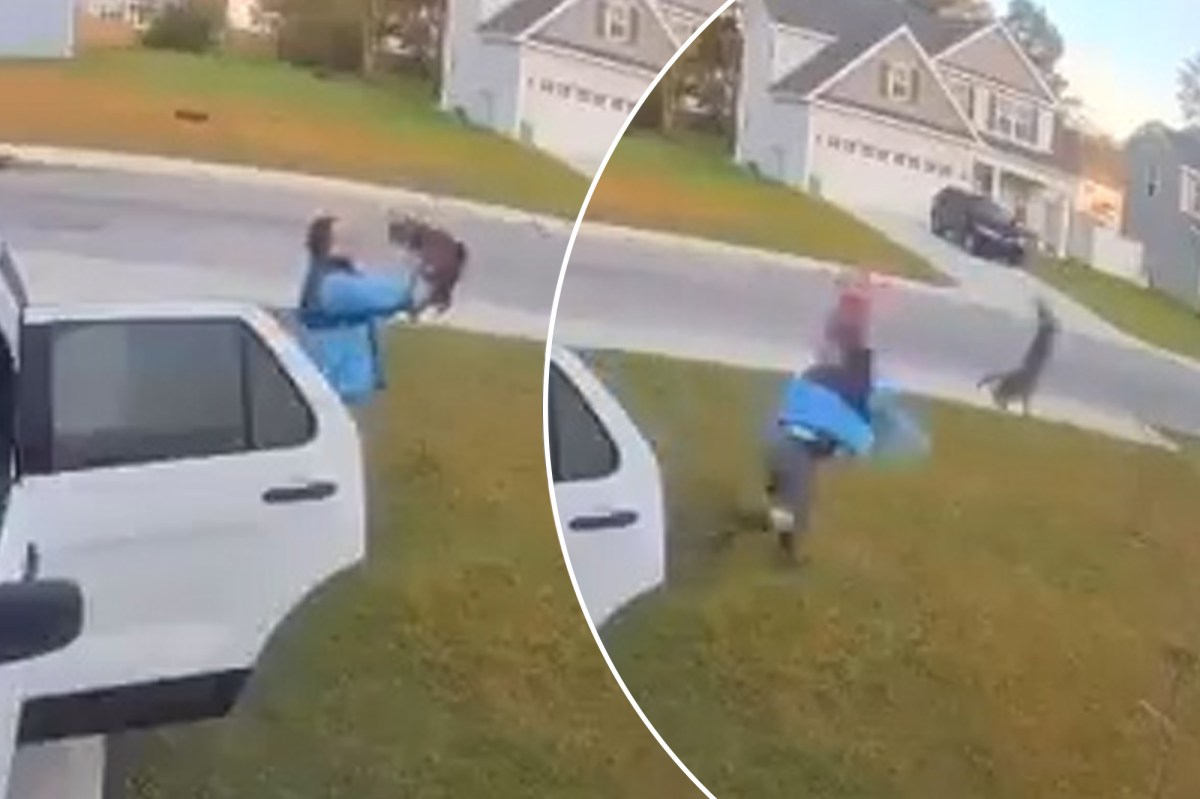 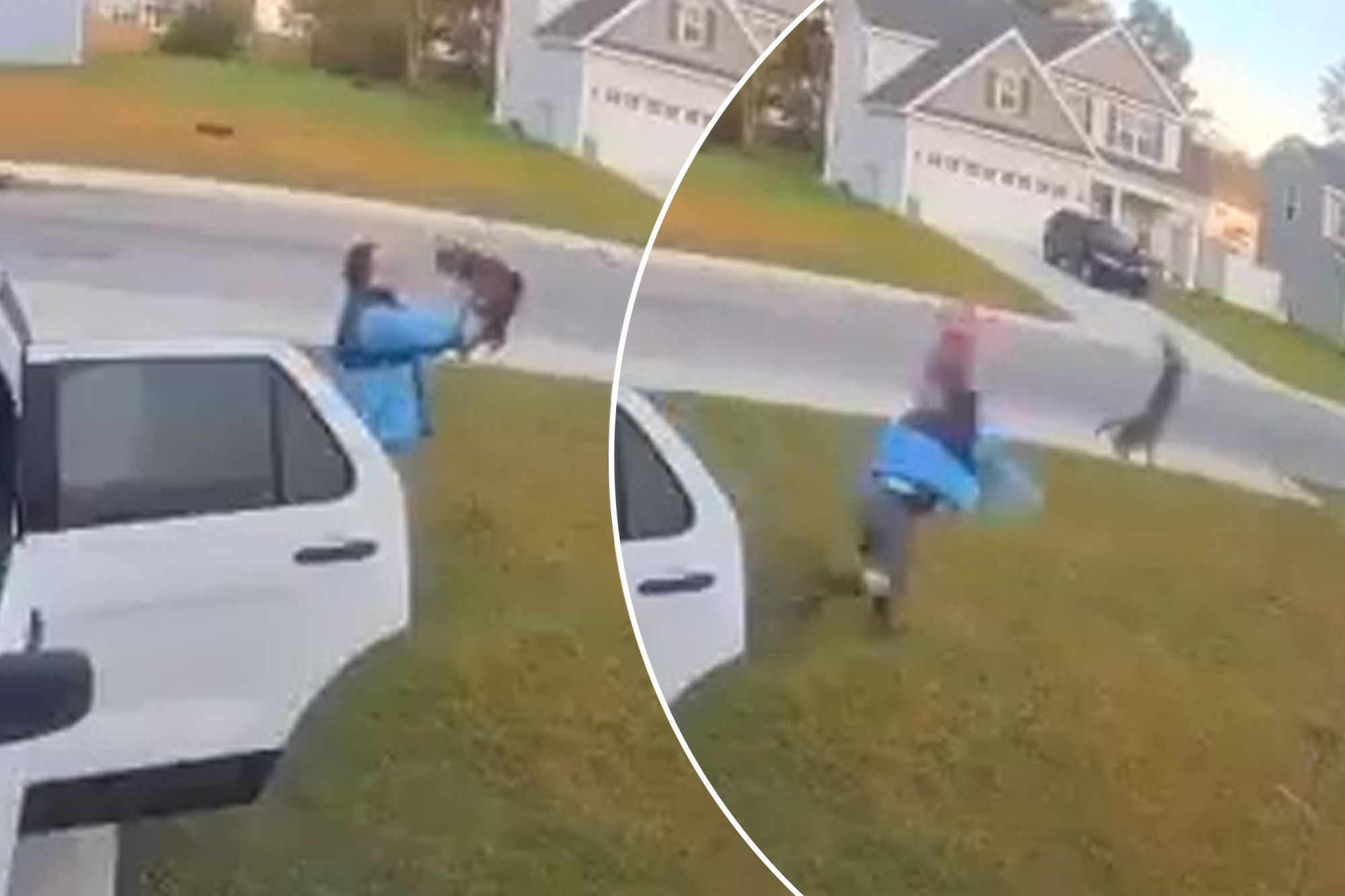 This suburban neighborhood had a wild morning.

A harrowing 46-second home security video of a bobcat attacking a man’s wife has gone viral, documenting a scary turn of events that started with the surprise ambush — and ended with the man throwing the animal onto his front lawn.

By Friday, the video had more than 6.3 million views.

The video starts with a calm scene — the man greeting a neighbor and commenting on his need for a car wash. Suddenly his wife starts screaming, and the blurry footage shows her cowering between cars as the animal attacks her.

“Oh my god! Run, Happy, run!” she screams — leading many online to believe the man’s nickname name is “Happy.”

Instead of running, her husband snatches the cat away off his wife and throws it onto his lawn.

“It’s a bobcat!” he screams, telling neighbors that the “f – – ker” was attacking his wife. After recovering, the cat then makes a beeline for the family again, just before the video cuts out and the man vows to shoot the animal, which many viewers agreed appeared rabid.

The original video, reportedly uploaded by user @keithmcgeax, was flagged on TikTok for violence. However, another user claiming to be familiar with the family assures “Happy’s” new following that he and his wife are doing fine after the scary attack.

A man, reportedly named “Happy,” fends off a bobcat in a scene caught on home security video.TwitterTMZ reports the attack happened in North Carolina, but throughout America, sightings are usually rare since the animals are nocturnal. Still, the carnivores have been known to prowl in urban areas and can pounce over 10 feet, according to National Geographic.

Attacks are rare but not totally unheard of. In 2019, an animal believed to be a bobcat leapt from a tree in Florida and attacked an elderly couple.

“I have never heard of anything like this,” Carole Baskin, of “Tiger King” fame and founder and CEO of Big Cat Rescue, told the Associated Press at the time. “Any wild bobcat is not going to walk up to a human. They are extremely shy.”

But don’t let attacks like these color your impression of the predators, who often feed on rodents at night, Baskin said.

“They are doing a huge service for us. They do it quietly and secretly,” Baskin said. “They are there, you just never see them.”

A man, reportedly named “Happy,” fends off a bobcat in a scene caught on home security video.Twitter