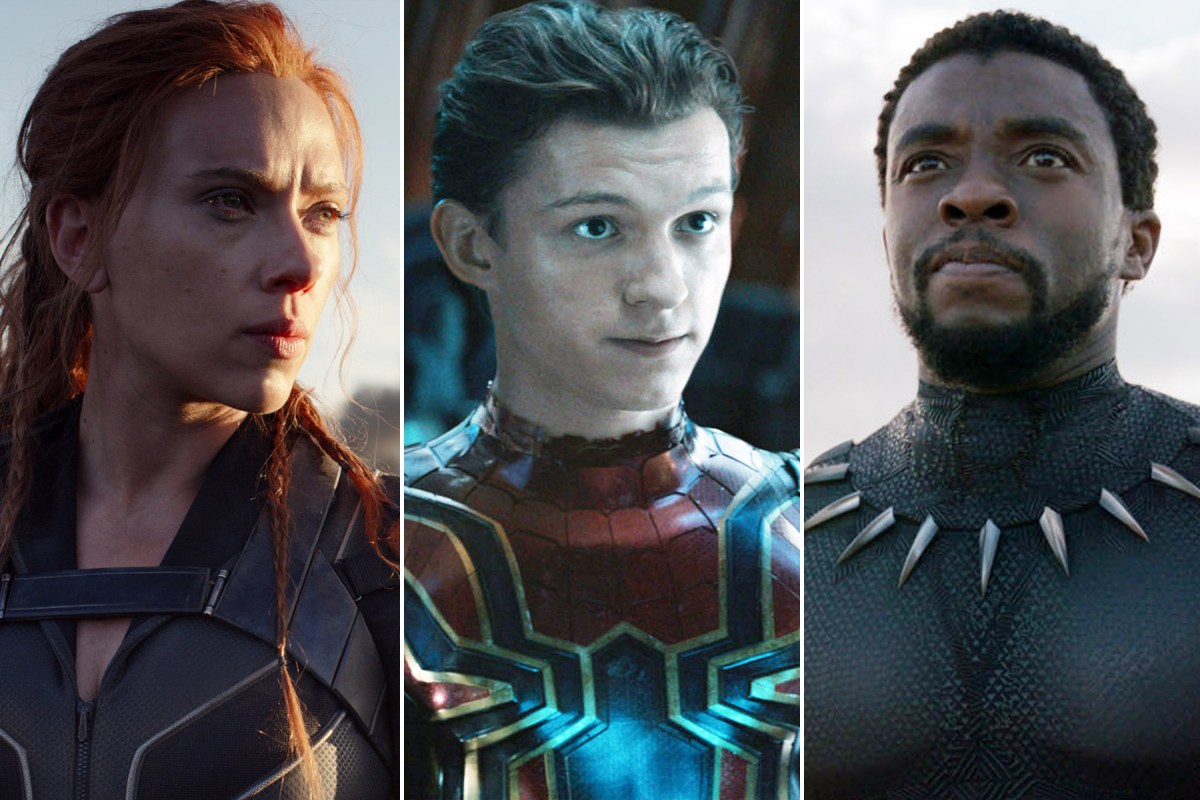 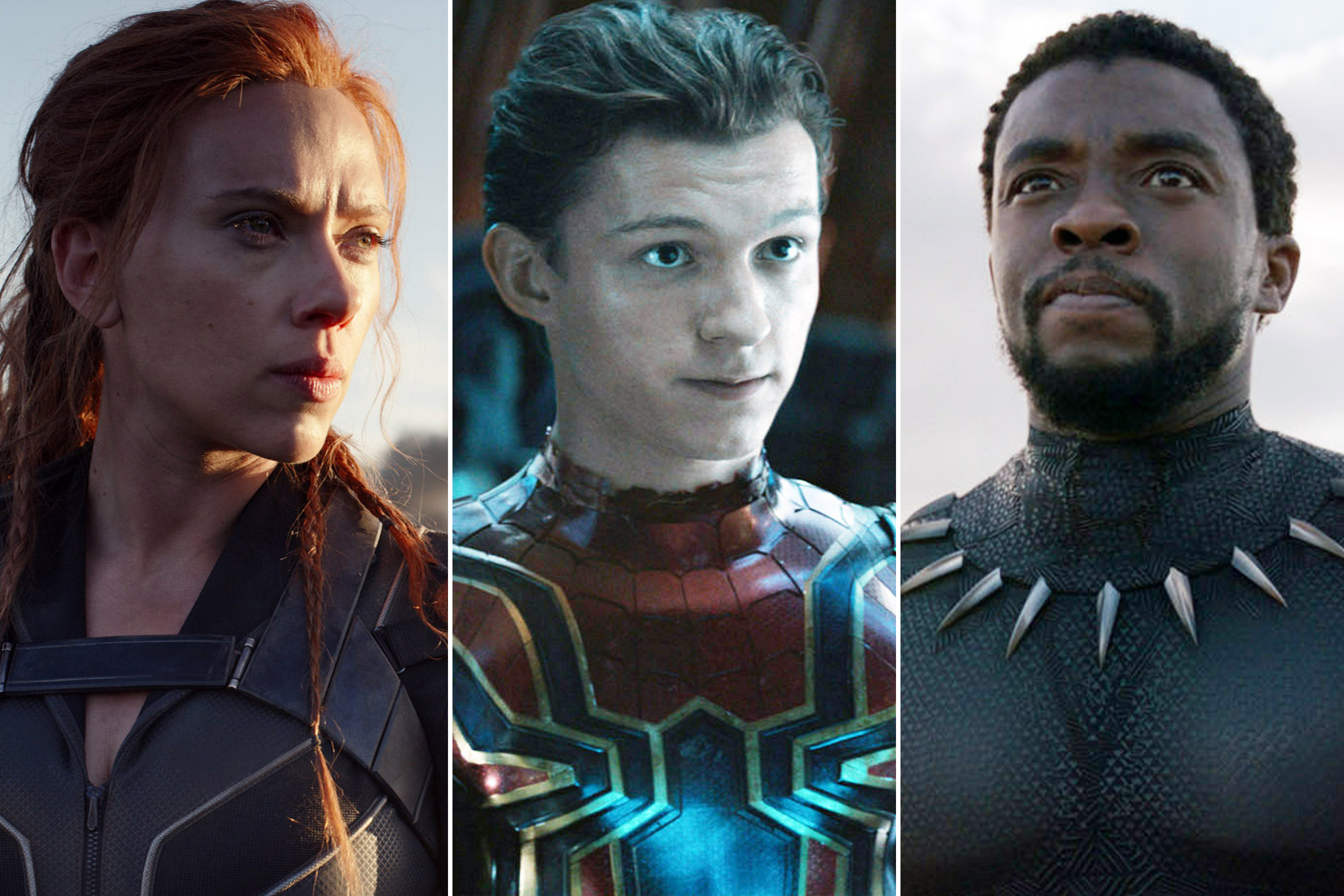 Hungry for heroes? Marvel has a meal of a lineup for you.

In a trailer that dropped Monday, Disney and Marvel Studios unveiled its schedule for the next 10 Marvel Cinematic Universe films, called Phase 4, between now and 2023. The title and release date for the sequel to 2018’s “Black Panther” was also revealed.

Although “Black Widow,” starring Scarlett Johansson, will become the first Marvel film to be released simultaneously in theaters and on Disney+ (for an extra charge) on July 9 this year, the three-minute trailer emphasized the importance of the in-person movie-going experience. The video showed a rousing crowd’s reaction to the 2019 opening night screening of “Avengers: Endgame,” which went on to gross $2.797 billion worldwide.

Phase 4 of the Marvel Cinematic Universe includes “Black Widow” (featuring Scarlett Johansson, from left) and sequels to “Spider-Man: Far From Home” (with Tom Holland) and “Black Panther,” which starred Chadwick Boseman.Everett CollectionThe clip ends with the message: “See you at the movies.”

Here is the schedule for Phase 4 of the Marvel Cinematic Universe: