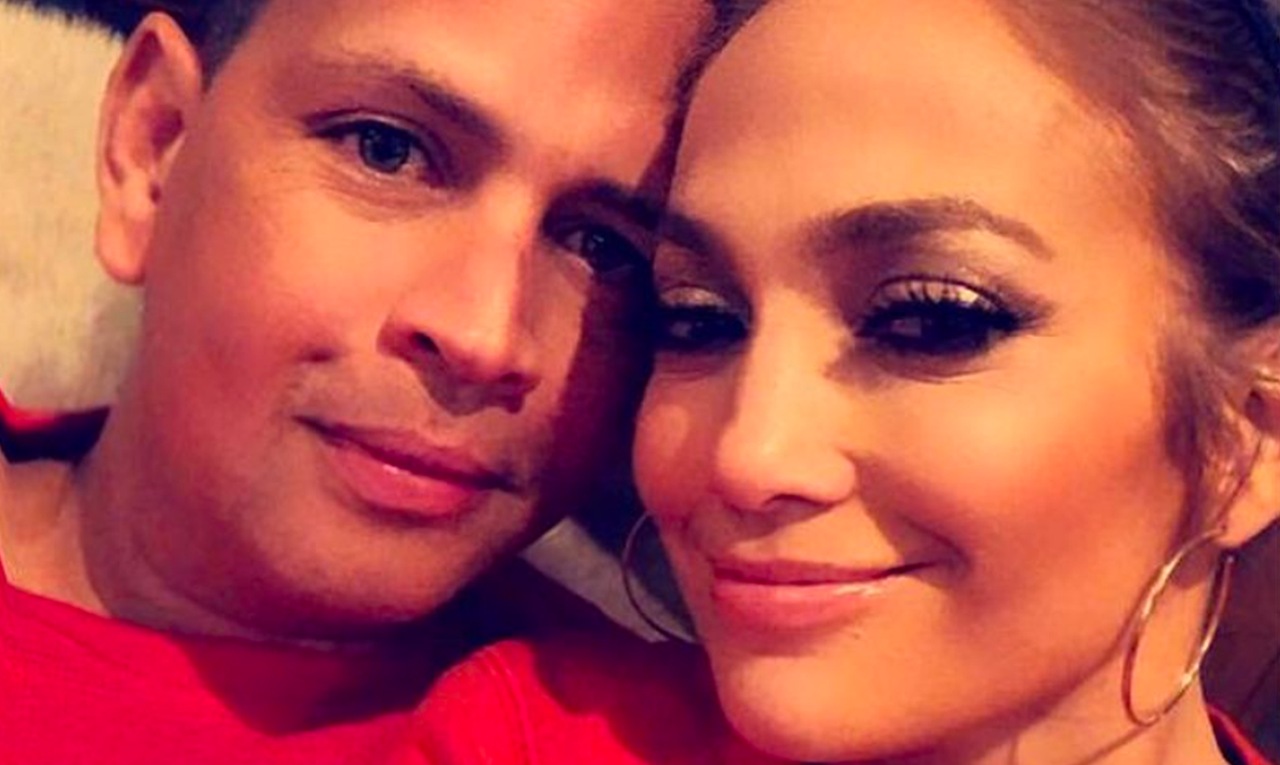 Was Jennifer Lopez making Alex Rodriguez fat? That’s a question some people are asking due to a side-by-side photo collage A-Rod posted on his official Instagram account. After Alex and J.Lo called it quits for good, A-Rod shared the photos and addressed his “dad bod.” Now, the entire time Alex and Jennifer were together, both continually shared photos and videos of themselves working out both solo and together so when exactly A-Rod had a “dad bod” is anyone’s guess. But it seems that A-Rod felt he had put on some weight in 2020 and posted the pics to show off his newer, svelte figure since continually working out. It’s the timing of the photos that has caught people’s attention, and it seems that A-Rod may simply want to show off his form now that he’s back on the market. No one ever said that A-Rod looked like he was gaining weight or had a dad bod and both Jennifer Lopez and A-Rod were revered for being a power couple that had the world by a string. Jennifer is unbelievably stunning at 51-years-old and A-Rod is 45-years-old and has always looked great. RELATED: Flo Rida Talks JLo’s Wedding, Jussie Smollett, Kodack Black, And Living With Flava Flav A-Rod shared the following photos with his four million Instagram followers and included this caption. Left the Dad-bod in 2020. 💪🏽 . Anyone else determined to stick with their fitness goals this year? I’ve been consistent with my workouts and finally put down the chips. . What food is your weakness?   RELATED: Jennifer Lopez & Maluma Release “Pa Ti + Lonely” Official Video And They’re Too Hot Together – Watch Them Here Celebrity Chef Kelvin responded in the comment section that he was happy to be part of A-Rod’s weight loss journey. He left the following remarks. Happy i was apart of this journey ! You did the hard part i fed the soul! Studies have shown that couples who are happy and in love tend to gain weight as they are no longer trying to attract a mate. This is also true if they are content and secure in their relationship. However, it can be a sign of infidelity if one of the partners suddenly begins to focus on their appearance such as taking a new interest in working out at the gym, going on diets, or buying a new wardrobe. What do you think about A-Rod’s before and after photos? Do you think his relationship with Jennifer Lopez was making him fat? Charisse Van Horn is a freelance writer from Tampa Bay. She enjoys writing about celebrities, entertainment, crime, and fashion. The writer of this article will take legal action on those who reproduce or spin this article outside of Celebrity Insider.