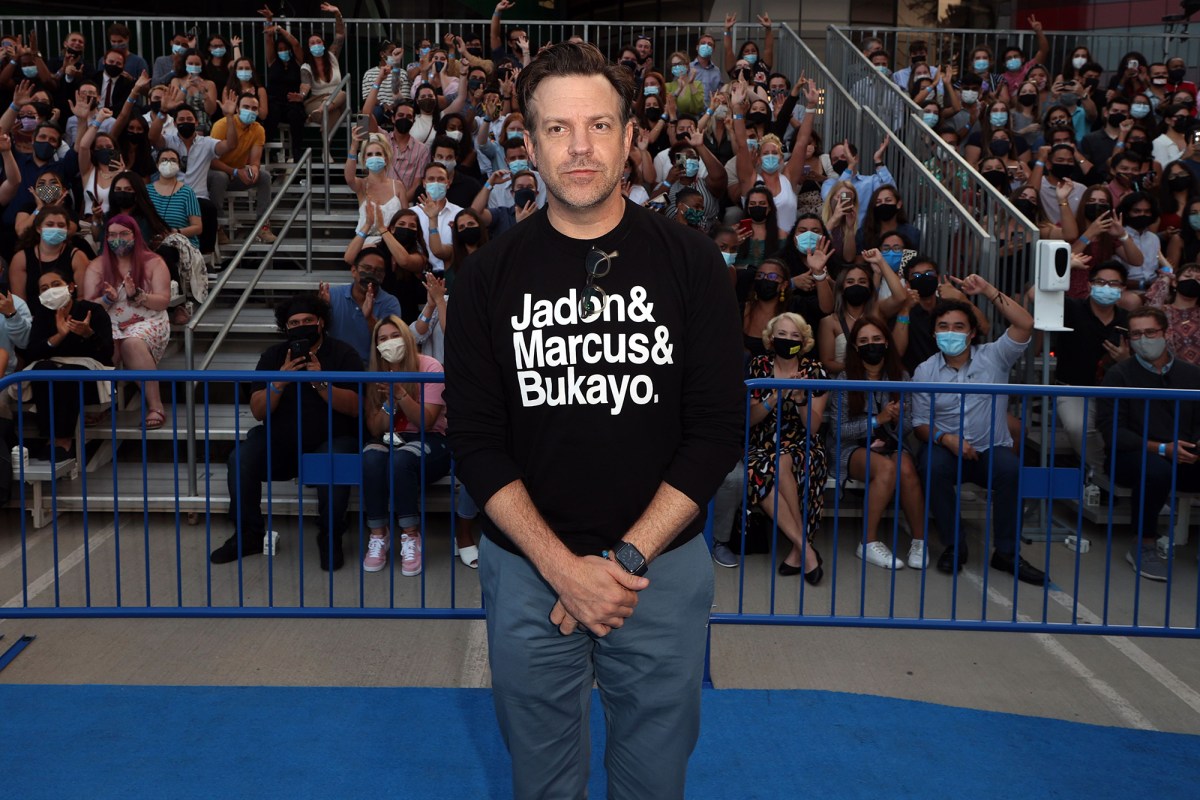 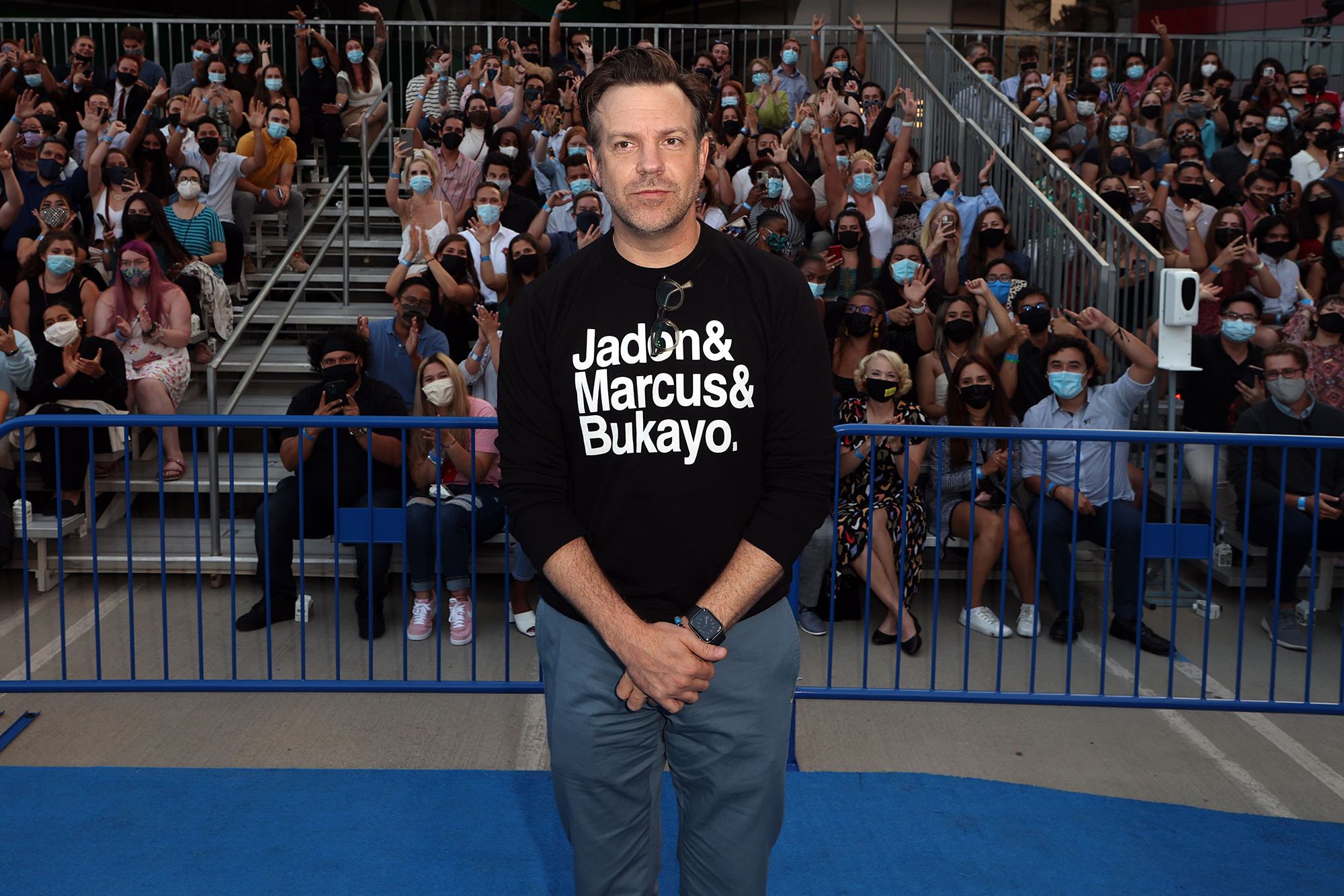 Jason Sudeikis is sharing the story behind his meaningful look for the “Ted Lasso” Season 2 premiere.

“Jadon, Marcus and Bukayo are three of the English footballers from their national team. They’re the last young fellas that took the penalty kicks. They didn’t turn out the way that certainly England would have hoped, certainly a lot of us here in the States would have too, and people worldwide,” Sudeikis explained on “The Late Show With Stephen Colbert” Tuesday.

“And they caught a lot of guff online, the three young black men. And our show is rooted in both, you know, despising things like bullying and racism … but it also is rooted and takes place in London in England.”

Jason Sudeikis attends the premiere of Apple TV+’s “Ted Lasso” Season 2.Getty ImagesThe “SNL” alum concluded that the sweatshirt “was just our way to use this big fancy premiere to spotlight them and let them know we got their back.”

Sudeikis then balked at the audience’s applause.

“I don’t mind taking claps for the show, you know, but like taking claps for that, that’s nothing like what they’ve gone through and what they do,” he said of the trio of soccer players, mentioning Rashford’s work feeding vulnerable British children during the pandemic.

“I hope it’s understood that we’re all clapping and supporting them. I’m just wearing a shirt.”

Of the specific design he chose, the actor added, “Their surnames are on the back of their kits, you know, their uniform, so that’s why I use the first names, the names their parents gave them. Because they’re kids, they’re young men, and they should have the opportunity to succeed and fail and tie like everyone.”

Sudeikis wasn’t the only one who showed support for the trio of players after the game; Prince William said he was “sickened” by the racist comments.

Sudeikis has made statements with his style before, having worn a Gucci sweater that read “My Body My Choice” at the 2021 SAG Awards in April.